“Although Pakistan is off most people’s radar in Washington these days, the United States is enmeshed in an internal power struggle in Pakistan.”

As Pakistanis are being hit with historic flooding and 20 percent-plus inflation, their country’s elites remain locked in a game of brinksmanship with no end in sight.

The center of gravity in this dispute remains former Pakistani Prime Minister Imran Khan who, since being deposed in April through a no-confidence vote, has been pressing for early general elections. The incumbent coalition government, led by Prime Minister Shehbaz Sharif, has resisted Khan’s pressure. Sharif and his backers in the Pakistan Army fear Khan’s party, the Pakistan Tehreek-e-Insaf (PTI), could come in first or even sweep the polls. 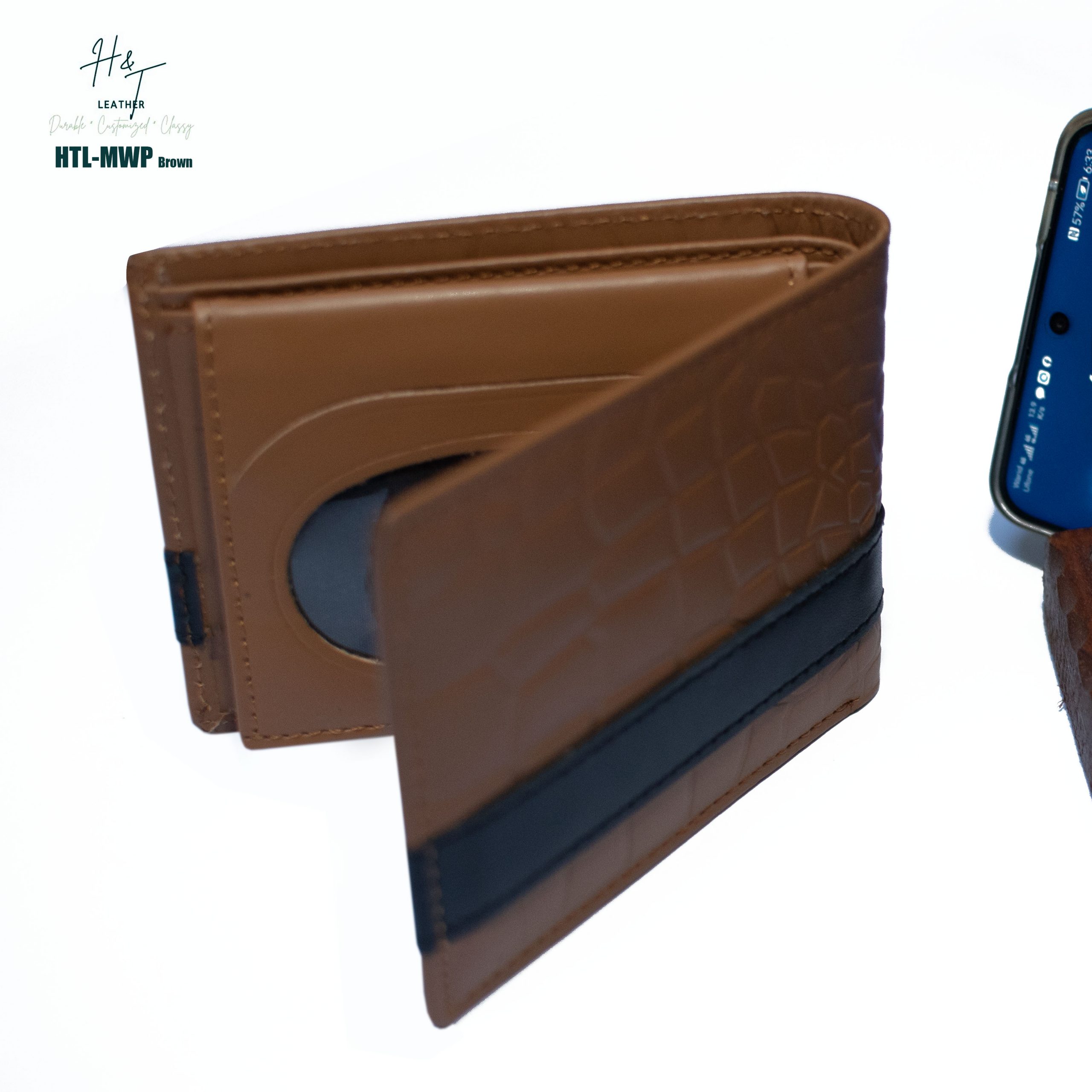 Their worries are substantiated. Since losing power at the national level, Khan’s PTI has shown formidable power on the street and at the ballot box. PTI has pulled off massive rallies almost every other week in one city after another. And it has performed exceptionally well in provincial by-elections.

Even with Monday’s announcement of the resumption of the International Monetary Fund (IMF) bailout program, economic conditions in Pakistan will remain precarious at least into next year. Inflows from the IMF and other bilateral and multilateral partners will help Pakistan reverse the fast depletion of its foreign exchange reserves and avoid default. But the IMF projects inflation this fiscal year, which ends next June, to remain around 20 percent, making it hard for the Sharif government to restore public support ahead of general elections. (General elections must take place by October 2023. But Khan, eager to leverage his momentum, wants them to be held this year.)

The political crisis in Pakistan, however, is a challenge not just for the Sharif government and the Pakistan Army’s top brass, but also for the United States. Khan claims he was ousted as part of a U.S.-backed regime-change conspiracy because he refused to give the U.S. military basing rights in Pakistan. His allegations lack substantiation. Nonetheless, many Pakistanis believe them to be true—with 46 percent surveyed in late May and early June attributing his downfall to a “foreign conspiracy.”

The enduring secrecy of U.S. activity in the region only serves to deepen local suspicions of a conspiracy. Several drone strikes have taken place in Afghanistan this month, including one reportedly carried out by the CIA that killed al-Qaeda chief Ayman al-Zawahiri. It’s unclear where the drones took off from and how they reached Afghan air space. But their occurrence hardens the belief of some that the Pakistani military has given the United States basing or overflight rights after Khan’s sacking as part of some quid pro quo. 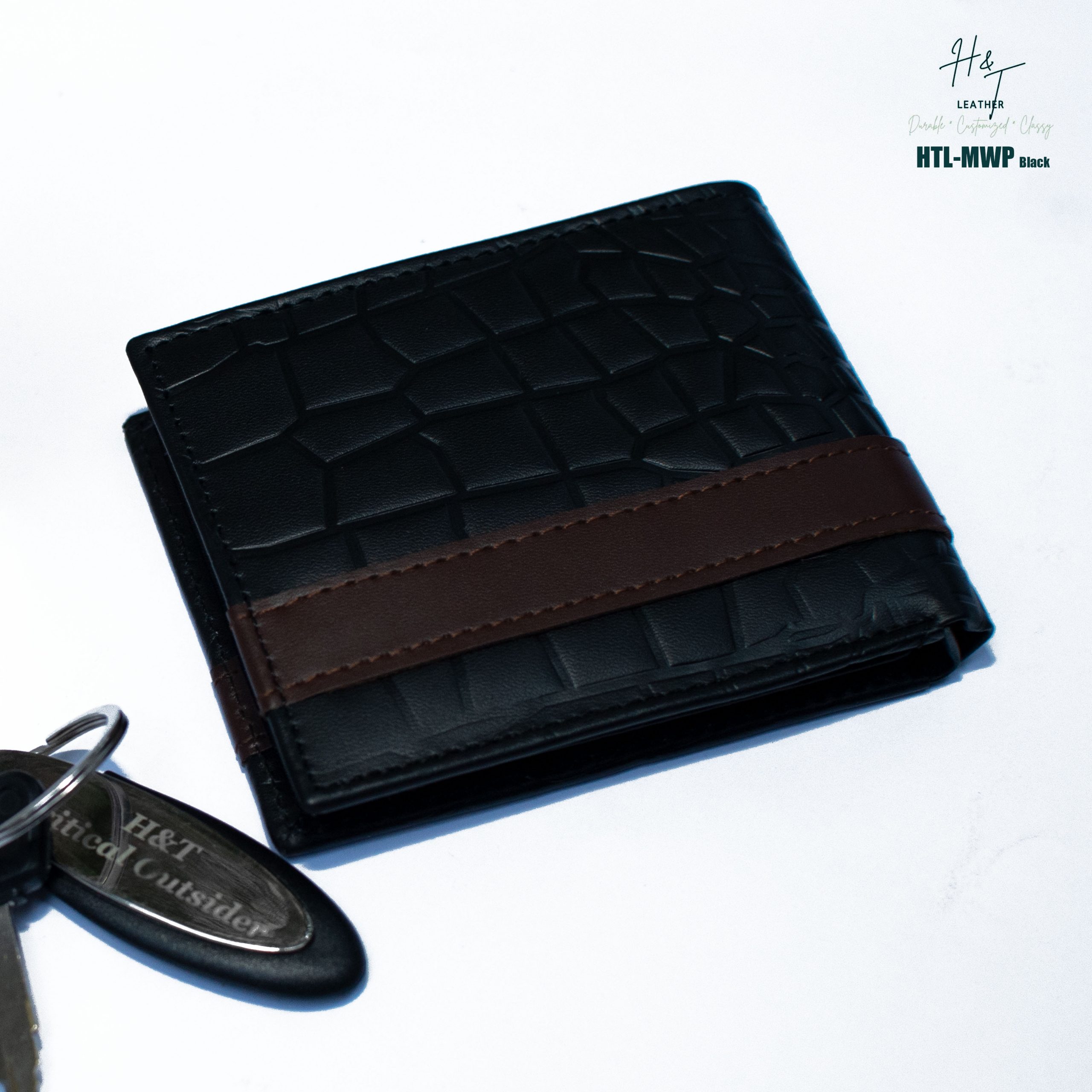 Although Pakistan is off most people’s radar in Washington these days, the United States is enmeshed in an internal power struggle in Pakistan. And its ingredients—a populist, nationalist politician at odds with the United States and an ambitious general who sees him as an obstacle—rhyme with the country’s tragic past.

Khan’s relationship with the army—and in particular, the powerful army chief Gen. Qamar Javed Bajwa—took a 180-degree turn this year. Bajwa, once Khan’s benefactor, is now his foe, with Bajwa having shifted his support toward the Sharif-led political coalition. Khan was once seen as the Pakistan Army’s golden boy, with his opponents alleging that top army officials long aided his party’s rise, viewing him as a “clean” alternative to the “corrupt” Bhutto and Sharif political dynasties. But Khan has now assumed the characteristics of an anti-establishment politician.

At rallies attended by upwards of 100,000 people, Khan and other senior PTI leaders have aggressively criticized the generals—generally, but not always, attempting to differentiate between Bajwa and commanders loyal to him on the one hand and the army as a whole on the other. On social media, PTI supporters have been more direct, making hashtags like #BajwaTraitor trend frequently in recent months.

Khan still retains the support of much of the army rank and file, prominent former officers, and an unknown number of serving officers. But his rhetoric also resembles that of another former army protege: the late Prime Minister Zulfikar Ali Bhutto, who rose in the 1950s and 1960s during Gen. Ayub Khan’s tenure only to ultimately turn against the general. After five-and-a-half years of leading Pakistan, Bhutto was executed under the rule of Gen. Muhammad Zia-ul-Haq in 1979.

Like Khan, Bhutto was a larger-than-life and polarizing political figure. His Pakistan People’s Party (PPP) emerged as the country’s first post-independence populist party with a national reach. Bhutto brought Pakistan a new constitution, making the country a parliamentary democracy. But he also behaved like a civilian autocrat, and the army was never comfortable with him in power. It only allowed him to take the reins after its defeat in the 1971 civil war that saw Pakistan’s eastern half secede to form independent Bangladesh.

In 1977, Zia sacked Bhutto, using the pretext of quelling political unrest stemming from credible allegations that the PPP, in spite of its popularity, rigged the 1977 elections. Imprisonment did not diminish Bhutto’s political fortunes. Fearing Bhutto’s PPP would win in a landslide, Zia opted to have him executed after he was convicted on charges that he had a political opponent murdered.

Bhutto’s descendants—including the country’s current foreign minister—would recoil at the comparison between the two. And there are many significant differences between the two men, including their political achievements and the nature of their political downfalls. But the parallels between Khan and Bhutto are uncanny and, in some ways, unsettling. Since the start of this year, Khan has repeatedly referenced in speeches Bhutto and his calls for a foreign policy free from dependence on the United States or any great power. At times, it seems as if Khan has channeled Bhutto’s aura, haunting given the circumstances of the latter’s demise. 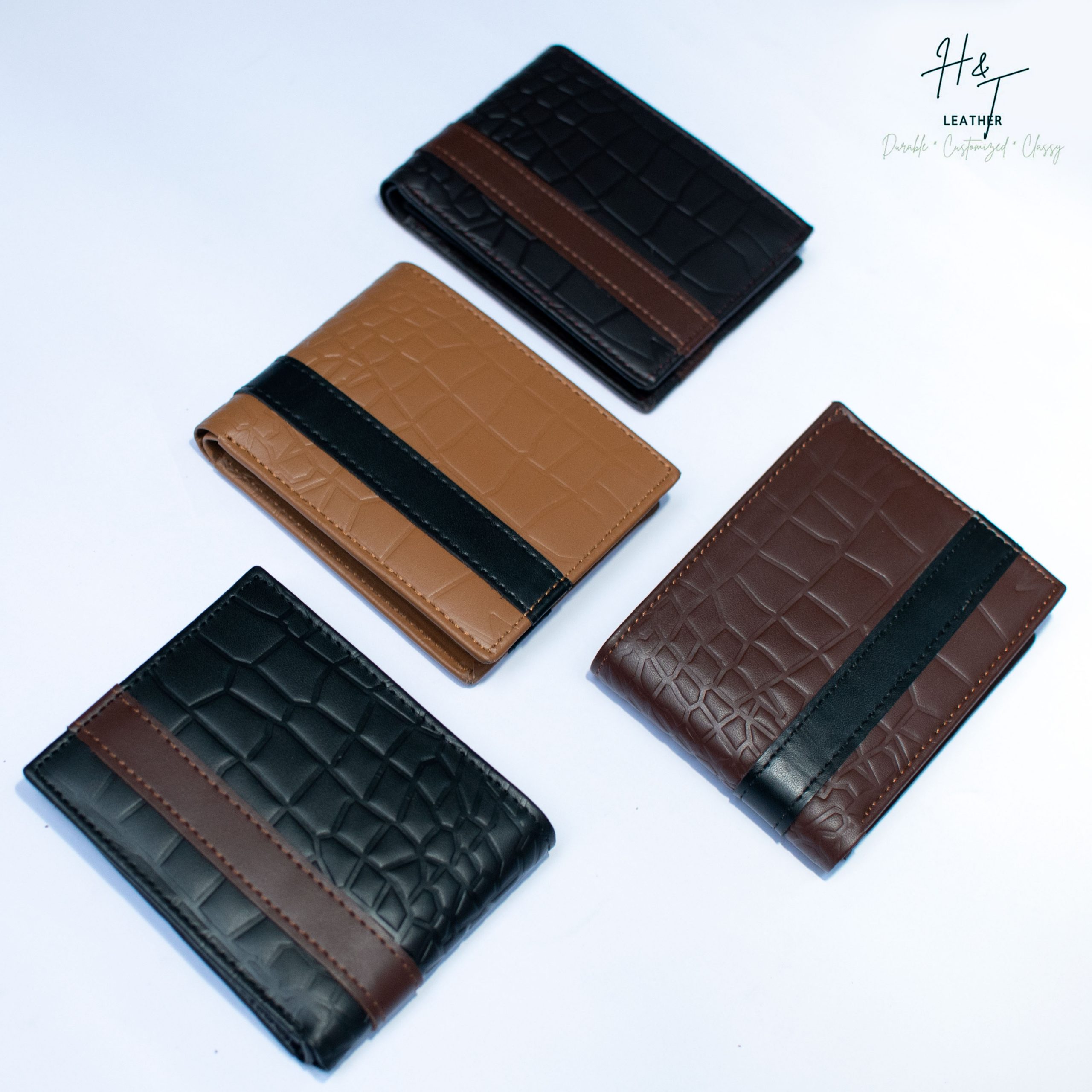 This month, a respected retired general and Khan supporter tweeted a video of Bhutto from the 1970s in which the prime minister at the time denied that he was anti-American and affirmed that he sought good ties with all great powers. Bhutto’s remarks bore an eerie resemblance to Khan’s defensive comments today as Pakistan struggles to balance the United States and China.

Indeed, the political crisis in Pakistan today is also a struggle over questions of Pakistan’s geopolitical alignments and national sovereignty. Bajwa’s parting of ways with Khan had very much to do with the army chief’s attempts to revive ties with the United States and realign Pakistan’s foreign policy away from a hard alignment with China.

But Bajwa’s personal ambitions too may be a factor. Bajwa has been on an aggressive public relations drive as of late. This month, he was feted in Britain and awarded by the United Arab Emirates. And he’s keen on visiting the United States in the coming weeks. Some observers see this as an attempt by Bajwa to burnish his legacy ahead of his scheduled retirement in November. But others see it as a campaign for a second extension of his tenure as army chief. (He received a three-year extension in 2019.)

High-profile meetings in Washington could be spun—like other recent events—as evidence of Bajwa’s supposed indispensability. And many in Pakistan would read it as a U.S. endorsement of undemocratic measures to shut Khan out of the political process. Above all, it would cement, for those who believe in it, the regime-change conspiracy claims.

Washington should further its ties with Pakistan’s civilian and military leaders. But welcoming Bajwa now is simply a bad idea. The popular understanding in Pakistan of Bhutto’s political fall and execution in 1979 helps explain why.

In 1977, Bhutto (like Khan today) alleged that the United States had funded the movement for his ouster. It’s still widely believed in Pakistan that U.S. Secretary of State Henry Kissinger threatened to make a “horrible example” of Bhutto if he continued with a nuclear reprocessing plant deal with France.

Pakistan indeed had a covert nuclear weapons program initiated by Bhutto, and the United States certainly opposed it. But the Kissinger threat claims are most likely a misconstruing of his words. Declassified records show Kissinger did indeed use the phrase “horrible example” in a meeting with Pakistan’s ambassador to the United States in September 1976, but he did so in the context of warning the ambassador that a Democratic Congress could impose sanctions on Pakistan for its nuclear activities. This is corroborated by an address by Bhutto’s own foreign minister, Aziz Ahmed, that discussed heavy U.S. pressure on Pakistan.

Despite its contested and dubious nature, Kissinger’s alleged “horrible example” threat quickly became part of an entrenched anti-U.S. narrative. America was not always unpopular in Pakistan. In the 1950s and 1960s, high-profile American visitors like U.S. President Dwight Eisenhower and U.S. First Lady Jackie Kennedy were greeted by massive, enthusiastic crowds. But Bhutto’s assassination marked a turning point in bilateral relations. And history makes clear that what’s more important than whether Khan’s claims of a U.S. conspiracy are true is the extent to which they are believed, for they can take on a life of their own.

The political turmoil in Pakistan and escalation against Khan raise the risk that we could see a replay of the Bhutto tragedy, which was followed by a decade of military rule. An overt military coup is unlikely given the sanctions risk Pakistan would face from the United States. But a more draconian hybrid setup—one that would see the army and its civilian partners escalate repression of journalists and politicians with more arrests, heavier censorship, or even lethal force—could be on its way. And it would be seen as stained with U.S. fingerprints.

Khan is positioned, though not destined, to return to power should free and fair elections take place this year. Washington should prepare for this possibility by disentangling itself from Pakistan’s internal power disputes and affirming that it will work with whoever is the elected leader of the country, including Khan.

Should Khan return to power, a path forward for U.S.-Pakistan relations would require a reset, with introspection, respect, and restraint on both sides. Even before his ouster, Khan displayed an anti-American streak that seemed almost out of reflex. It’s something he’ll have to unlearn if he leads Pakistan again.

And yet, even when accounting for his opportunism, Khan’s critique of U.S. double standards and militarism has often been on point. Khan has rightly noted that Washington practices “selective silence” about human rights abuses by India in Kashmir and toward its own Indian Muslim populace. (Though he has been guilty of the same, if not worse, when it comes to China’s oppression of Uyghur Muslims in Xinjiang.)

And the United States has pressed countries like Pakistan, which is facing one of the world’s highest rates of inflation, not to import energy from Russia. At the same time, it’s paid a blind eye to India, which not only remains one of Russia’s top allies, but has also dramatically ramped up imports of Russian oil.

Pakistan is no great power. Its economy is in shambles. But it is the world’s fifth most populous country and a nuclear power. Neither the United States nor Pakistan can afford a permanent rift. In the end, the two countries must figure out how to escape the ghost of Bhutto.

Arif Rafiq is president of Vizier Consulting, a political risk advisory firm focused on the Middle East and South Asia. 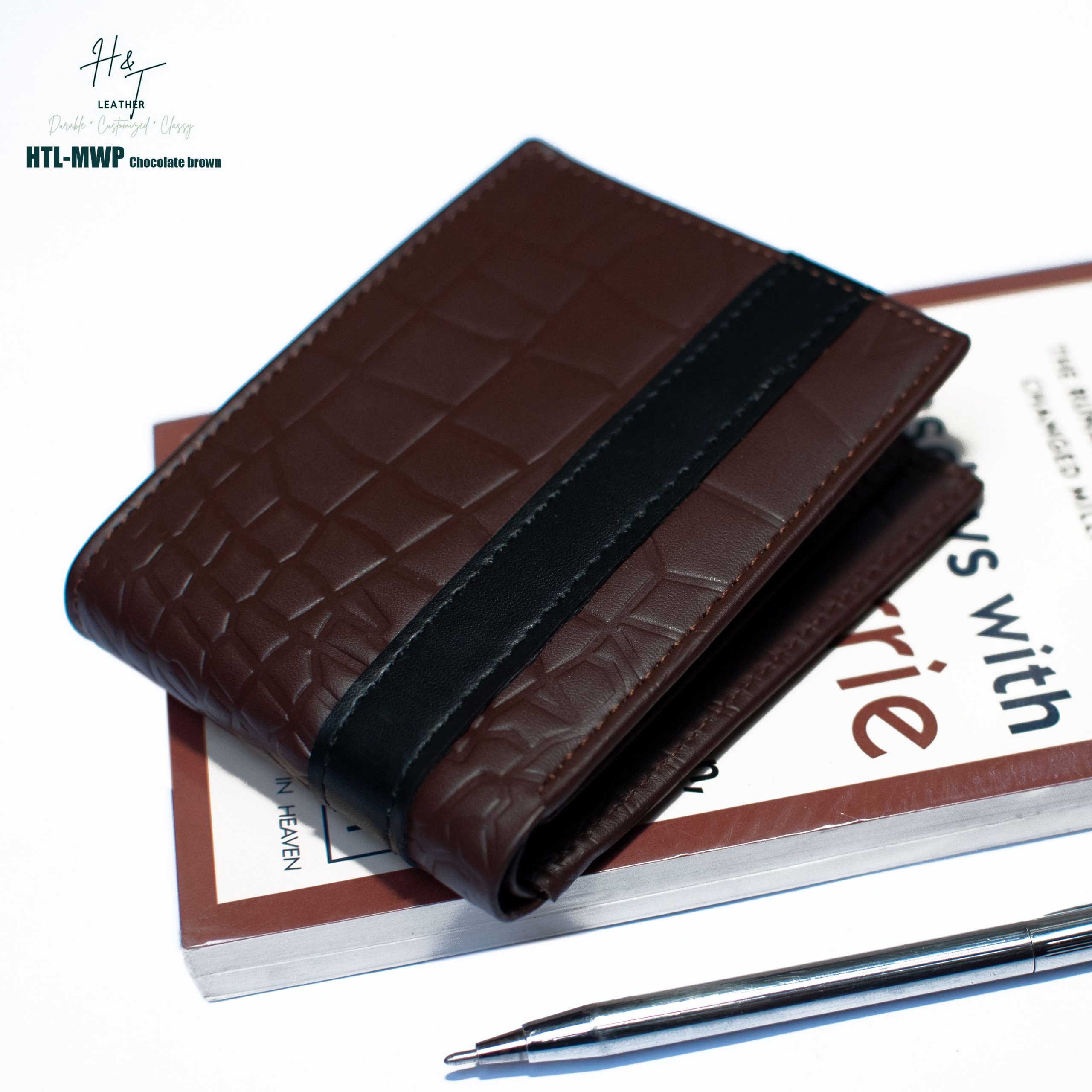 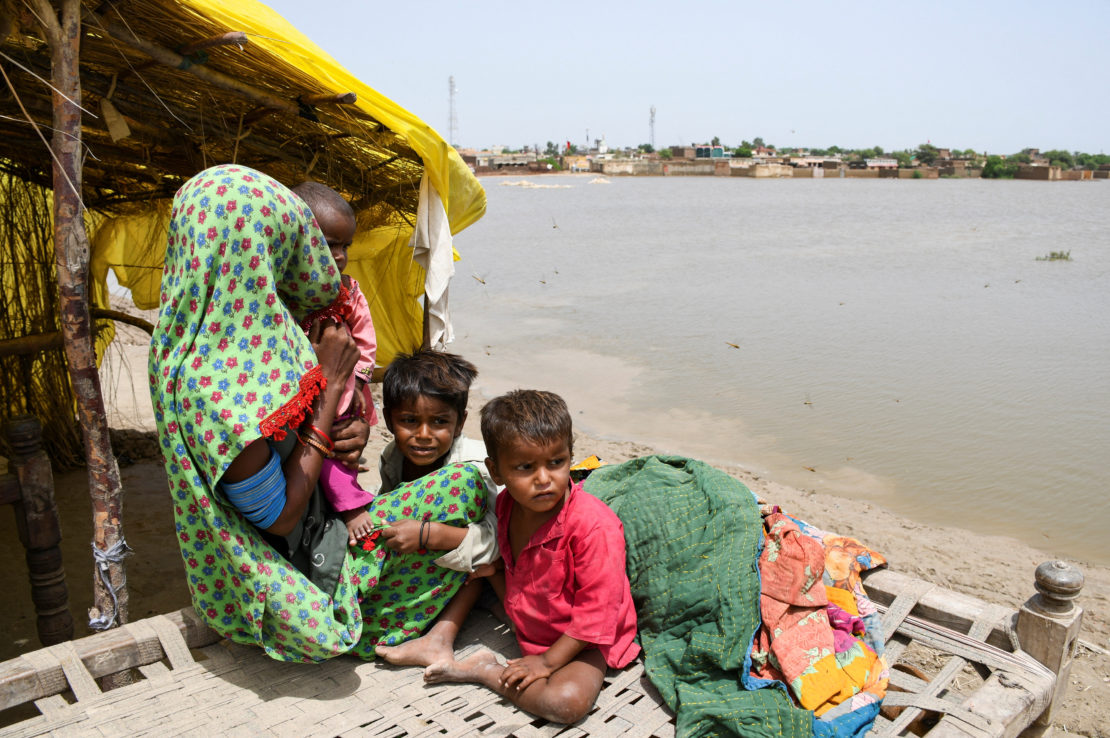